August 01, 2011
In the past, I have commented about QR Code density and, because this is an often overlooked topic/best practice, I thought to revisit the subject in greater detail.

Code density refers to the number and size of the black modules that make up a QR Code itself. As more information is embedded into a QR Code, the number and size (i.e., the density) of black modules increases and the code becomes that much more difficult to scan by a code reader app. The images below illustrate the idea of code density. Both images link to the same URL address (http://www.2d-barcodestrategy.com/2011/06/you-didnt-really-want-readers-to-scan.html). The top code was generated using the long URL. The bottom code was generated using the goo.gl URL shortener. Very easy to see the difference with respect to density. 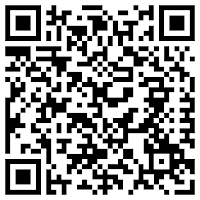 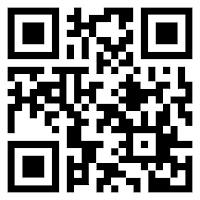 If either of these two codes had to be reduced in size to fit a magazine print advertisement, chances are the person reading the ad would have a harder time scanning the top code than the bottom code, all because of density. When generating QR Codes, the objective, among many others, is to keep the information embedded in the code as simple as it can be, and this is where URL shorteners (e.g., TinyURL, bit.ly, goo,gl, etc.) come to play.

As necessary and as advantageous as URL shorteners can be with respect to QR Code generation, they do have their disadvantages, and even security risks, that need to be understood and addressed as a 2D campaign strategy is formulated and implemented. Listed below are a number of issues and/or concerns with the use of URL shorteners:

Code Management: Some URL shortened links cannot be edited and do not expire, so they will always redirect to the site for which they were originally created. It's always a good idea to check that your long URL and/or custom name are correct before creating, sharing, or printing your URL shortened links.

Control of Information: With many URL shortening services you are releasing to them the right to harness your user data and share it with the world, including your competition. For example, to learn more about the life of any given bit.ly URL, simply add a "+" sign to the end of that link and you will be directed to a page with that link's statistics.

Link Rot: Short URLs will be subject to link rot if the shortening service stops working; all URLs related to the service will become broken. It is a legitimate concern that many existing URL shortening services may not have a sustainable business model in the long term.

Closure by Internet Service Provider: URL shortening sites are sometimes shut down by their hosting Internet service provider (ISP) because the links are being used for illicit purposes.

International Law: Shortened Internet links typically use foreign country domain names, and are therefore under the jurisdiction of that nation. Libya, for instance, exercised its control over the .ly domain in October 2010 to shut down vb.ly for violating Libyan pornography laws. Failure to predict such problems with URL shorteners and investment in URL shortening companies may reflect a lack of due diligence.

Blocking: Some websites prevent short, redirected URLs from being posted. In 2006, MySpace banned posting TinyURLs and Facebook, in July 2010, blocked TinyURL and bit.ly links, as part of what it called a "temporary spam prevention measure."

In 2009, the Twitter network replaced TinyURL with bit.ly as its default shortener of links longer than twenty-six characters. In April 2009, TinyURL was reported to be blocked in Saudi Arabia. Panera Bread blocks access to TinyURL within its free Wi-Fi network. Yahoo! Answers blocks postings that contain TinyURLs, Wikipedia does not appear to accept links by any URL shortening services in its articles and Craigslist does not appear to accept bit.ly links in its posts. Microsoft web security is currently blocking the URL shortener o-x.fr as a "phishing site".

Privacy and Security: Users may be exposed to privacy issues through the URL shortening service's ability to track a user's behavior across many domains. On the security side, a short URL obscures the target address and, as a result, can be used to redirect to an unexpected site.

Additional Layer of Complexity: Short URLs, although making it easier to access what might otherwise be a very long URL or user-space on an ISP server, add an additional layer of complexity to the process of retrieving web pages. Every access requires more requests (at least one more DNS lookup and HTTP request), thereby increasing latency, the time taken to access the page and also the risk of failure, since the shortening service may become unavailable.

The last disadvantage and/or risk associated with the use of URL shorteners is probably the most important to discuss and understand, and this relates to Catastrophic Point of Failure, a phrase coined by Philip Warbasse, head of Warbasse Design. According to Mr. Warbasse, marketers, creatives and developers need to look at a 2D barcode or pure mobile campaign, from beginning to end, and consider what he refers to as "fail points." Some fail points are embarrassing (e.g., a broken link to an image) while others can be catastrophic (e.g., a broken link to a page or the entire site itself). To know that a QR Code may be generated using a URL shortener, Mr. Warbasse believes that the client must understand what they are giving up by using a URL shortener. In this case, control over entrance to the campaign. "It's like having your neighbor hold your house keys. Every time you want to get in your own home, you have to go across the street to get your keys and if your neighbor is not home, you are out of luck," says Warbasse. At times, when it matters most, companies should never hand over control of their mobile strategies/campaigns to a third party (i.e., a URL shorterner service), because of all of the disadvantages and risks mentioned above. An advertiser's goal should be to minimize fail points and, if that's the case, it only makes sense to bring URL shortening in-house. Another solution might be to register a short, nondescript URL instead of making use of a long one.

In summary, I have seen far too many 2D-based campaigns fail for the simple reason that the QR Code used was too dense. Before setting out to build a QR Code-based campaign, know the standards when it comes to code generation and density, and know that using a third-party URL shortener may not always be the best solution.