P.O.E.M., or Paid (vs) Owned (vs) Earned Media, is a strategy framework that buyers and planners use to segment campaigns and channels. Paid / Owned / Earned gave us a common lingua franca to organize our conversations and separate the big buys from the experimental backwaters. But in 2012, standing on the banks of the social stream, thinking in terms of Paid / Owned / Earned will break the back of your media team and send money leaking out of your strategy. Here's why: the world has changed. 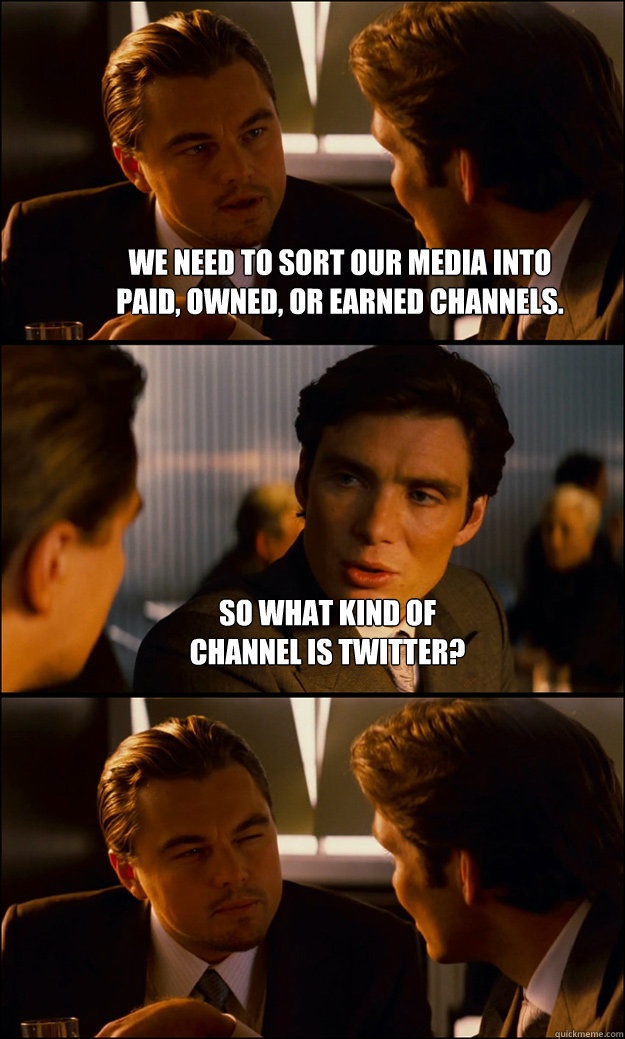 Looking back to its inception, Paid  / Owned / Earned is really two things: 1. a classification system for media types, and 2. a relational model, describing how those media types affected each other. The relational model is actually the more valuable, less commonly seen version. Here's a version of how they can be visualized: 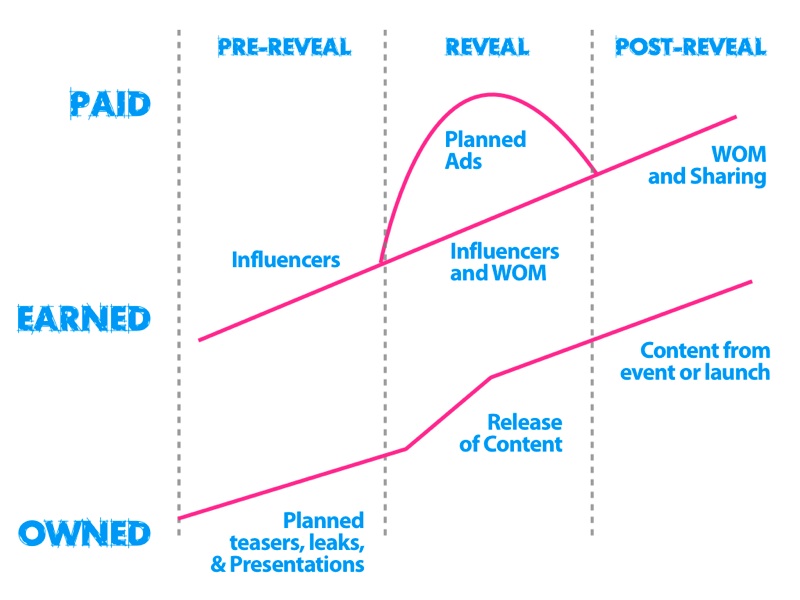 A version of this chart was originally presented by Karen Untereker, and later refined by Steve Goldner.


POEM envisioned Paid, Owned, and Earned channels as discrete entities: either you bought massive reach in a channel you controlled (paid), or you had the intern send out some tweets to your followers (earned), and these two initiatives had very different resource structures and, yes, budgets. But thinking of Paid vs Earned as unrelated in 2012 will get you booted back into the traffic department.

POEM assumed that each digital channel fit into a neat bucket. The new ad formats springing forth almost weekly from Twitter + Facebook blend paid and earned media opportunities, creating new ways to spend money and annihilate POEM’s neat "is it paid or earned?” distinction in a single stroke. Is a Facebook Sponsored Story from Nike featuring my friend who recently bought shoes considered paid or earned? How about a social stream ad with a funny tagline that I retweet to my friends? Or a rich media banner with a viral video and a share button? Paid / Owned / Earned distinctions don't make room for these new ad experiences that are becoming the leading edge of digital brand campaigns.

So as Twitter and Facebook become a much larger share of digital ad spend (which now exceeds 20% of media spend [1,2]), the old POEM no longer fits. It’s time for digital advertisers to create some new media classifications and relational models that can evaluate new hybrid models. Creating new vocabularies for this stuff enables more productive conversations about the value of advertising channels like Twitter and Facebook, and helps us sort out the wheat from the chaff.

Here then, is my humble proposal for a NEW framework for our new hybrid universe. It's an updated set of guidelines I've dubbed, "MASS," and it just might help us hold new hybrid paid/earned platforms accountable to a higher set of standards that end up making things more valuable for everyone. Here it is:


The MASS framework is something we're trying internally at 140 Proof to help customers evaluate their branded digital and retool media plans to scale social. Is it perfect? Hardly. Does it shine a bright light into the most relevant bits of the most innovative ad formats on the market today? We are beginning to think it does.

I welcome questions, comments, slings, arrows, and remixes in the comments section. 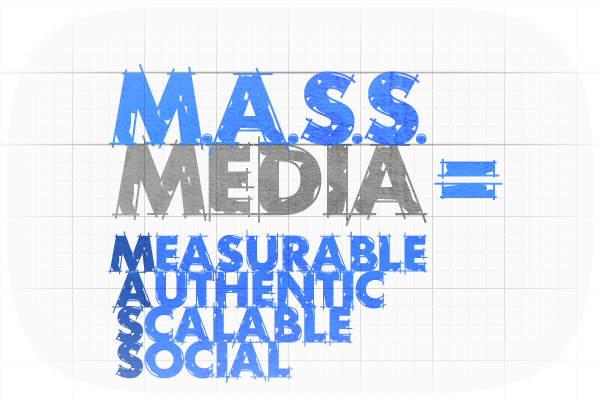